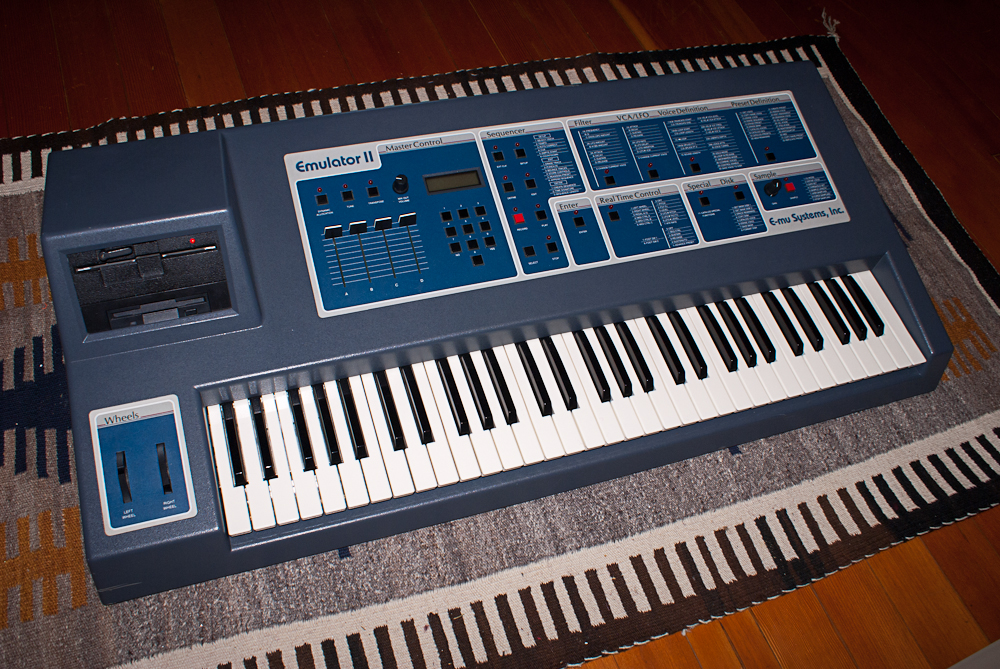 I bought this Emulator II in November, 2010. It was owned by a guy in Seattle, WA. He bought it from someone in Salt Lake City, he thought.

When I bought it, it had one of its two original 5 1/4″ floppy drives replaced with a 3.5″ drive. I’ve since removed the 3.5″ floppy and replaced it with a HxC floppy drive emulator. The HxC uses a SD memory card for storage so you can litterally save thousands of sample on it. I highly recommend getting a HxC if you have an old device like this that takes big floppies.

I’ve since upgraded the old LCD which had a failed EL backlight to a new OLED. It was not a hard install, but the timing on the display was off so it diplayed jibberish. By adding a small capacitor to slow down the timing signal, that fixed it and now its much easier to read and look great!